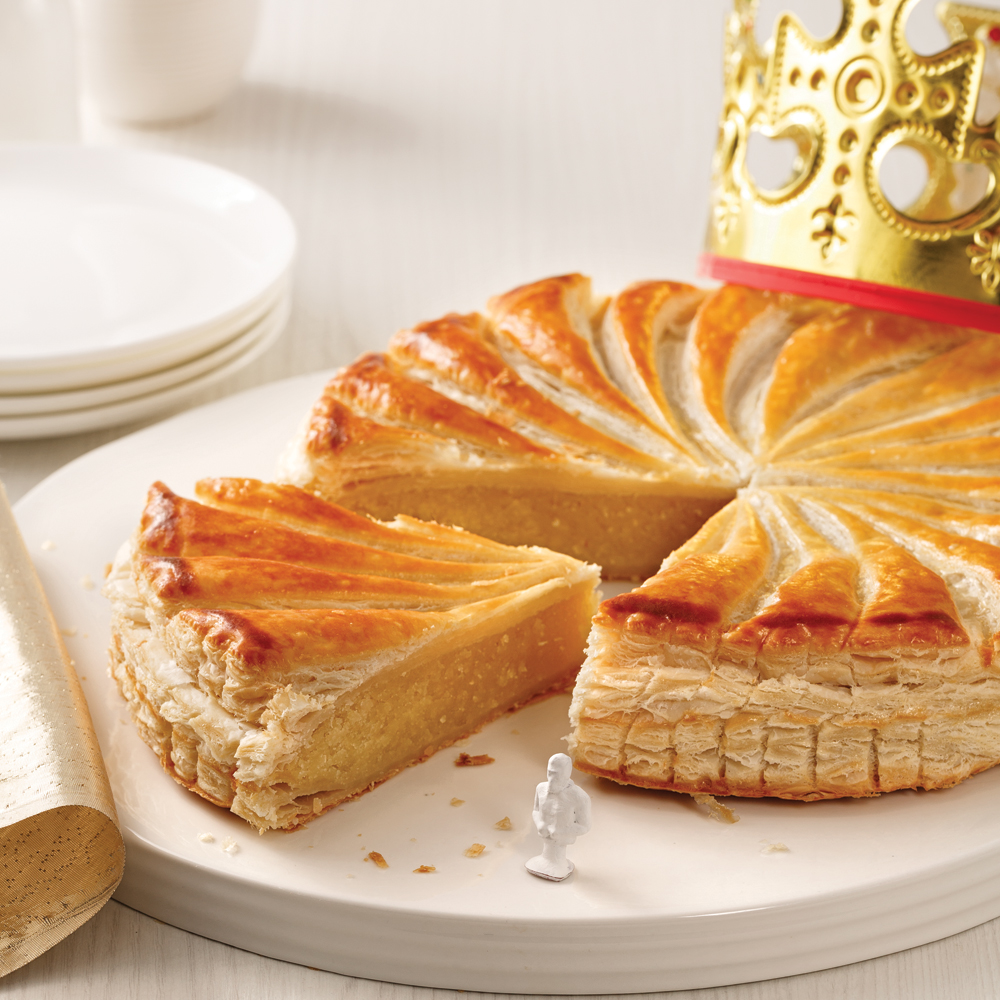 In France, traditional Galette des Rois, or kings cake is found in patisseries and stores starting in mid-December. Topped with a foil crown, this cake, dating from the 14th century, is a light, fluffy puff pastry filled with fangiapane almond paste or apple and containing a hidden surprise – a feve or favor. This favor can be a bean, almond, tiny charm, or cherry. The person who discovers the feve in their piece of cake is declared le roi, or the king. Women who draw the charm are crowned la reine or the queen. Whoever finds the feve also has the honor of wearing the gilded paper crown.

In centuries, gone by Galette des Rois was reserved for on January 6th the 12th day of Christmas and celebrates the Epiphany, which is the feast of the arrival of the three kings (magi) to the manger. Nowadays, this cake is served during the month of January and in New Orleans, LA all through the days leading up to Mardi Gras.

Traditional ways to serve the galette des rois is to divide the entire cake by the number of people plus one extra slice for the poor person passing by. The fun is in finding out who draws the king or feve from the cake. The person who is crowned may also be in charge of buying the cake for the next year.

The French Gourmet’s Galette des Rois is made with a flaky puff pastry surrounding a light frangiapane. The feve, or charm is a cherry. The galette is then “crowned” with a gold foil covered paper crown for “le roi” or “la reine” to wear during the festivities.